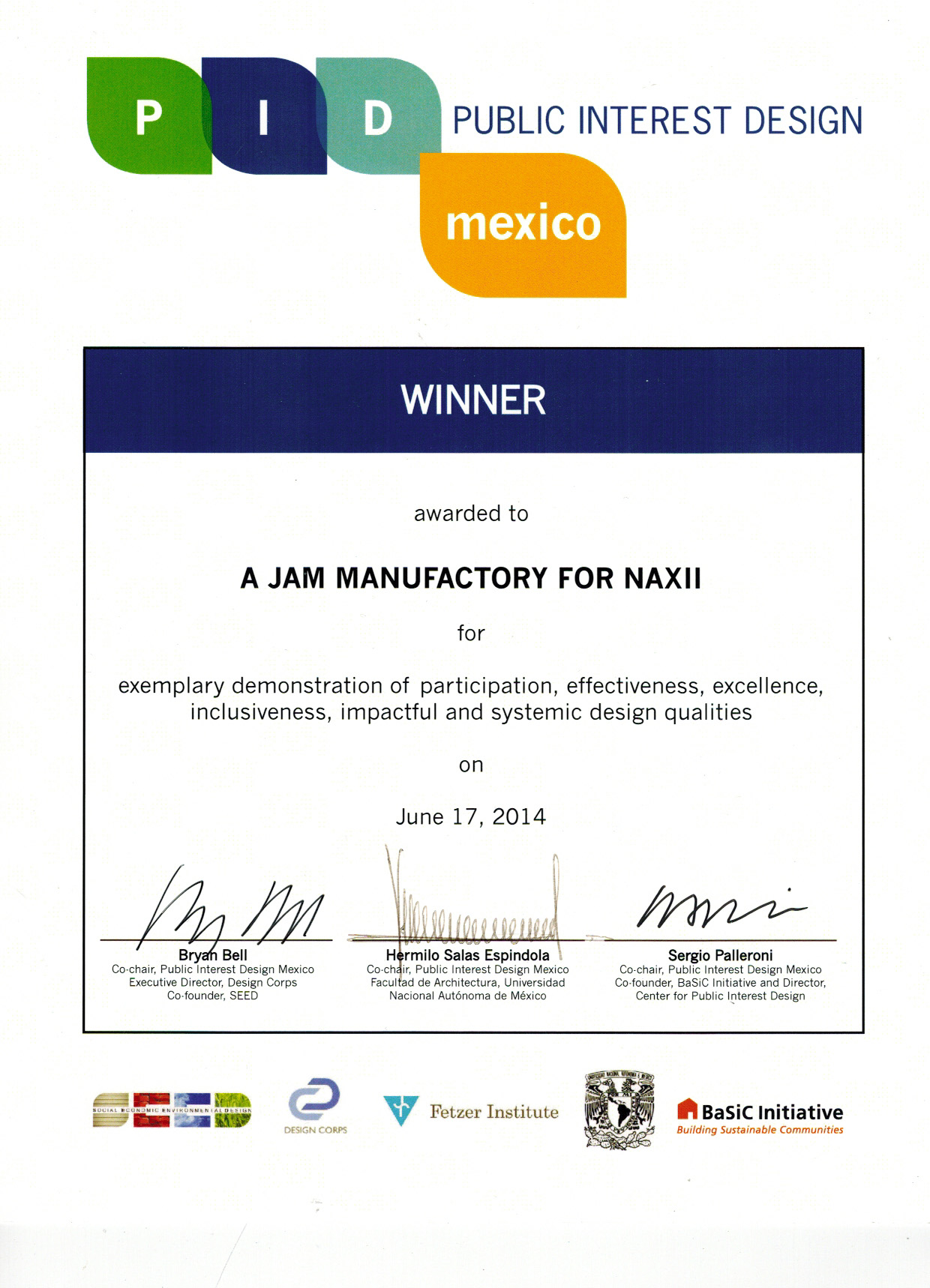 The Naxií Jam Manufactory, realized in 2012 in Mexico was one of six projects to win the prestigious PID Mexico award through a competitive jury process.

The award is granted by the Design Corps in cooperation with strucures for inclusion, the Social Economic Environmental Design Initiative and the the Basic Initiative.